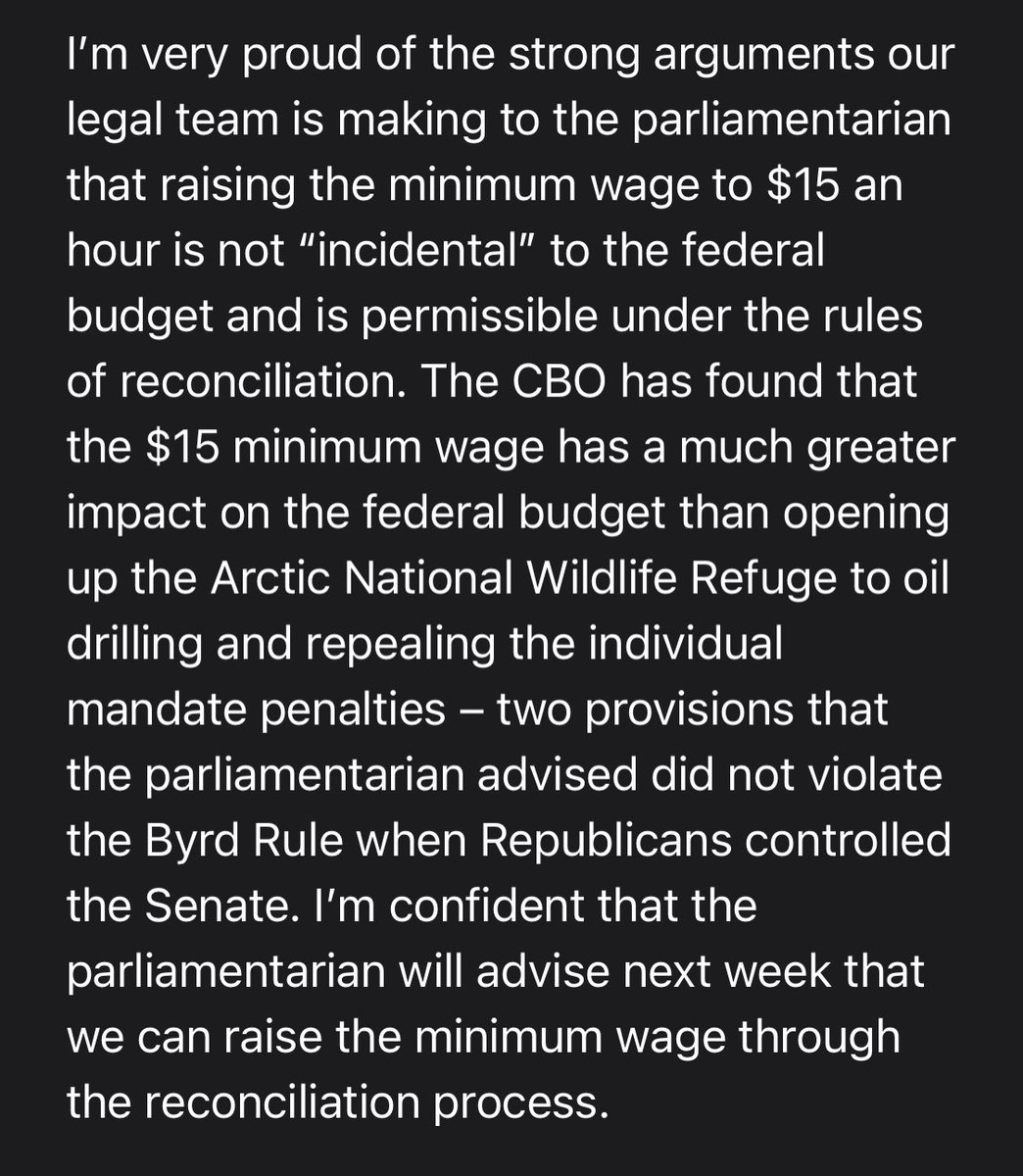 “I’m confident that the parliamentarian will advise next week that we can raise the minimum wage through the reconciliation process.”
FULL STATEMENT:

@box_rowan @ryanobles @jaketapper @BernieSanders this means Sinema is on, she had an interview where she said she'd "never go against a parlamenterian's decision".

Personally, I think Manchin is going to vote no on Neera Tanden to prove his independence from the dems and then vote yes on relief saying "watcha gonna do? 🤷‍♂️"

@ryanobles @jaketapper @BernieSanders Ummm... not really the issue, issue is can you get 50 senators to vote for it. Thinking WV Joe is a no.

@ryanobles @jaketapper @BernieSanders If that's the case, then Manchin better get the hell on board.

Momma🦇 is tired of everything

@ryanobles @jaketapper @BernieSanders Sweet! But now who is going to tell Bernie that @Sen_JoeManchin has officially revealed himself as a Republican & refuses to do Dem things because his donors threaten his "career"as a politician.

1 man stands in the way of progress for this entire nation. 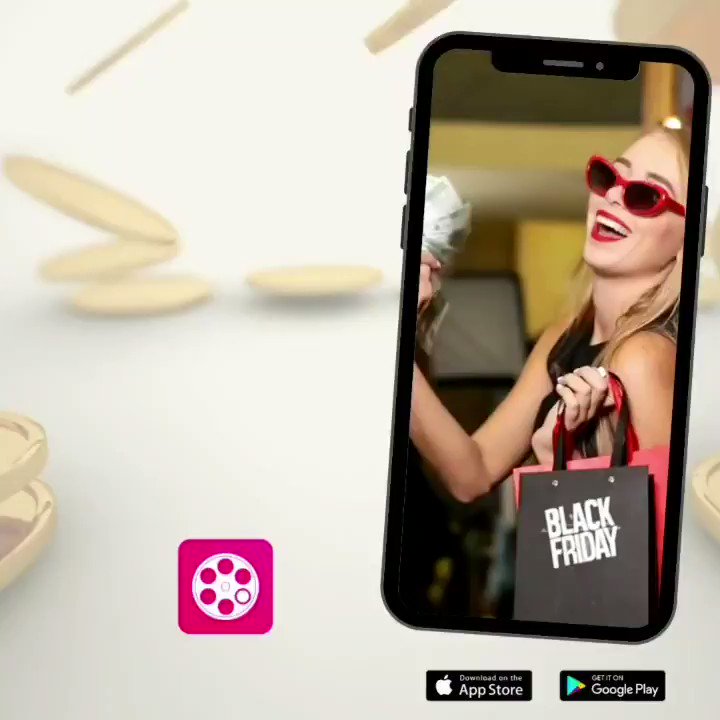 Stay tuned to know how you can earn through the FilmMee app.

"A avatar that people are waiting, has born and his age now is 20 years old. He is the perfect saint. 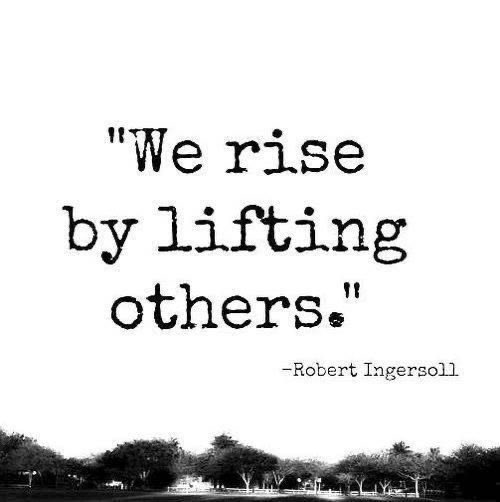 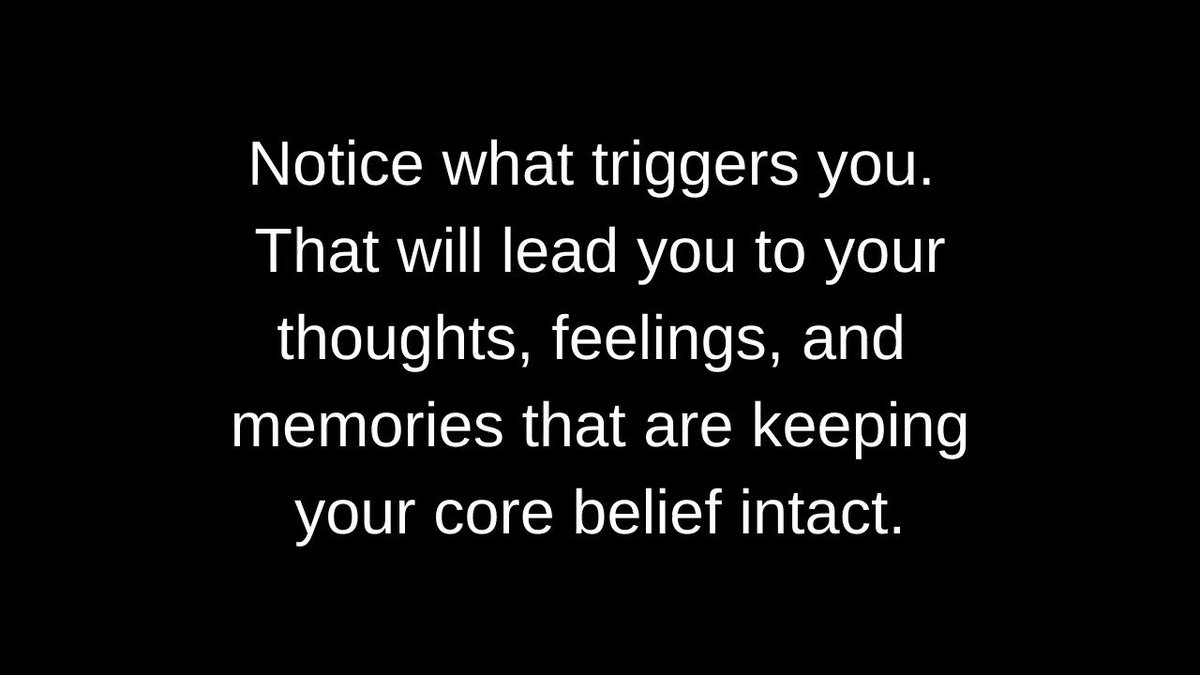 What triggers you, leads you to your core belief that is creating your suffering. Learn to let it go. #tuesdayvibe #tuesdaymotivations #TuesdayFeeling #TuesdayMorningVibes #quote #gobeyond #free